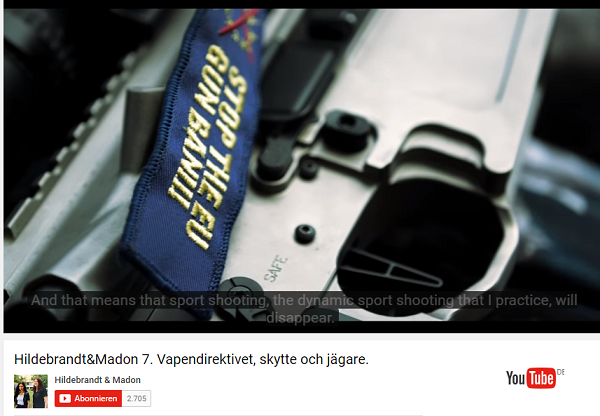 EU’s weapons Directive wants to make it difficult for terrorists and criminals to obtain weapons. But in Sweden it hits hard only marksmen and hunters – law-abiding gun owners.
Pia Clerté will not be able to practice her sport if the directive goes through.
Researcher Erik Lakomaa says that politicians and officials are not guided by facts, and that the weapons criminals use are smuggled in from the Balkans.
„The only way to stop them is to focus on border controls.“

Erik: You should not ask me about that, but in Sweden there is, and this has been the case over a long period now, the Police department that take care of the emissions of licenses has a theory that I would like to call the „hypothesis of leakage„. It builds on, and this they have written in reports to the Department of Justice and other instances that all illegal weapons have once been legal.