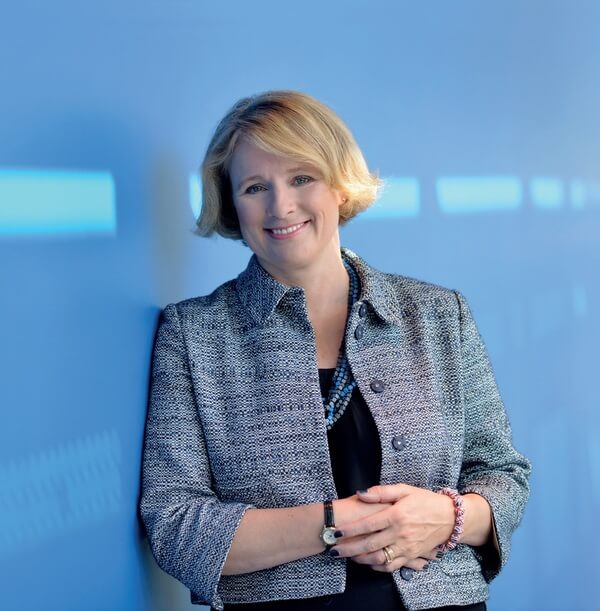 After the latest, shameful attempt to have it “swiftly passed” after the March 22nd Brussels bombing, a hope comes from where the European gun owners’ community expected it the least: Great Britain.

Given the draconian British gun laws and the lack of “sensibility” regarding the needs and rights of gun ownership in Britain; given how the British government is indeed one of the main sponsors of the planned EU gun ban; and given how Vicky Ford and many other MEPs have been (and still are) under a tremendous amount of pressure by their national Governments and by the European Commission and Council to have the EU gun ban passed in the worst possible way; all being considered, Mrs. Ford’s document was meant from the very beginning as a compromise between the dictatorial requests of the European Commissions and the rights of the gun owners’ community in twenty-eight Member states.

The organization was “asked as a stakeholder”, but didn’t take part in the study, and all its suggestions and proposals were outright ignored. 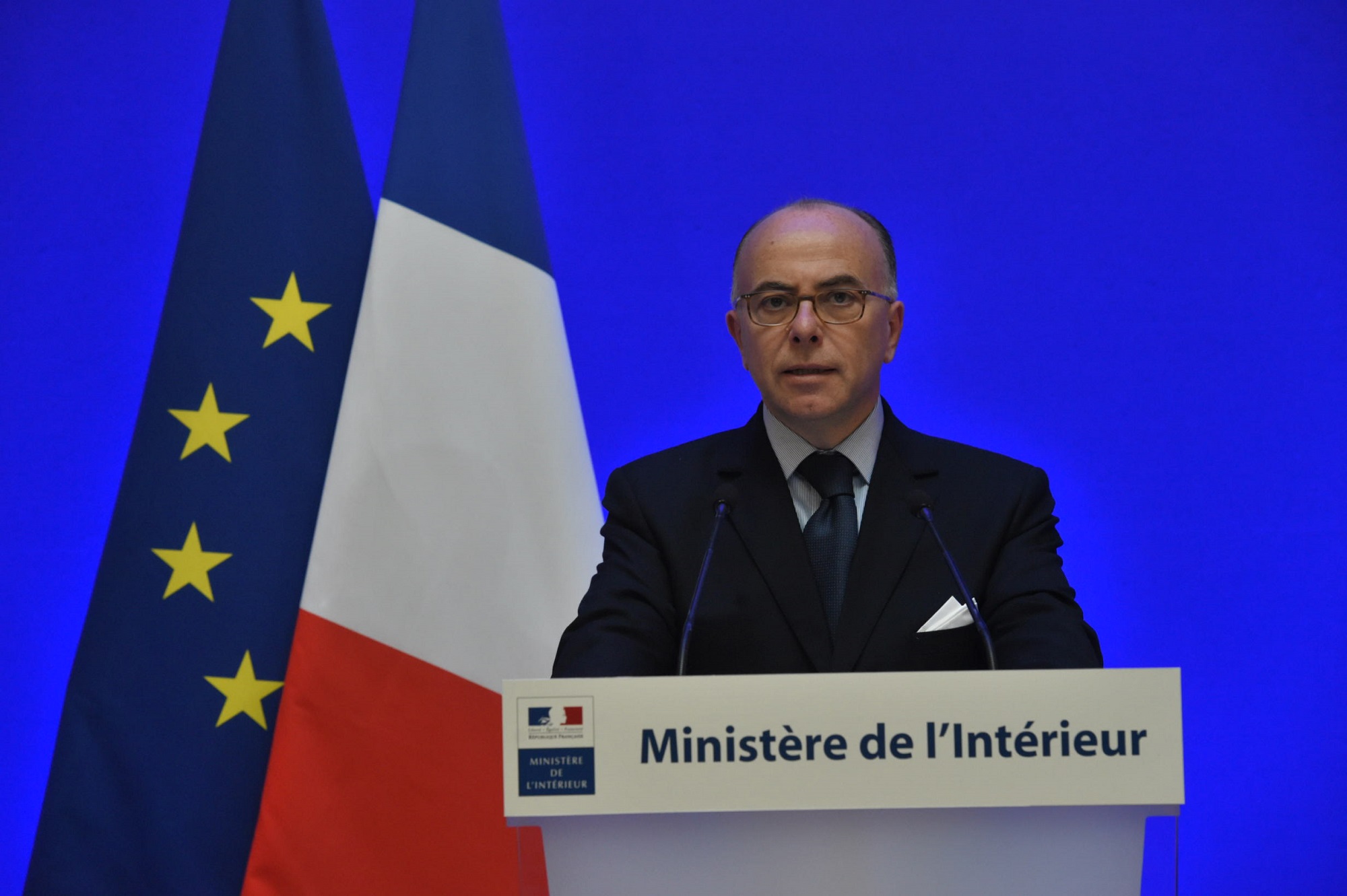 On the French front − as we know, the French Government is an outright supporter of the planned ban − French Minister of Home Affairs Bernard Cazeneuve met on March 31st with Thierry Coste, President of the “Comité Guillaume Tell” that represents (or should represent) gun owners, shooters, hunters, gun shops, distributors, and manufacturers all around France. 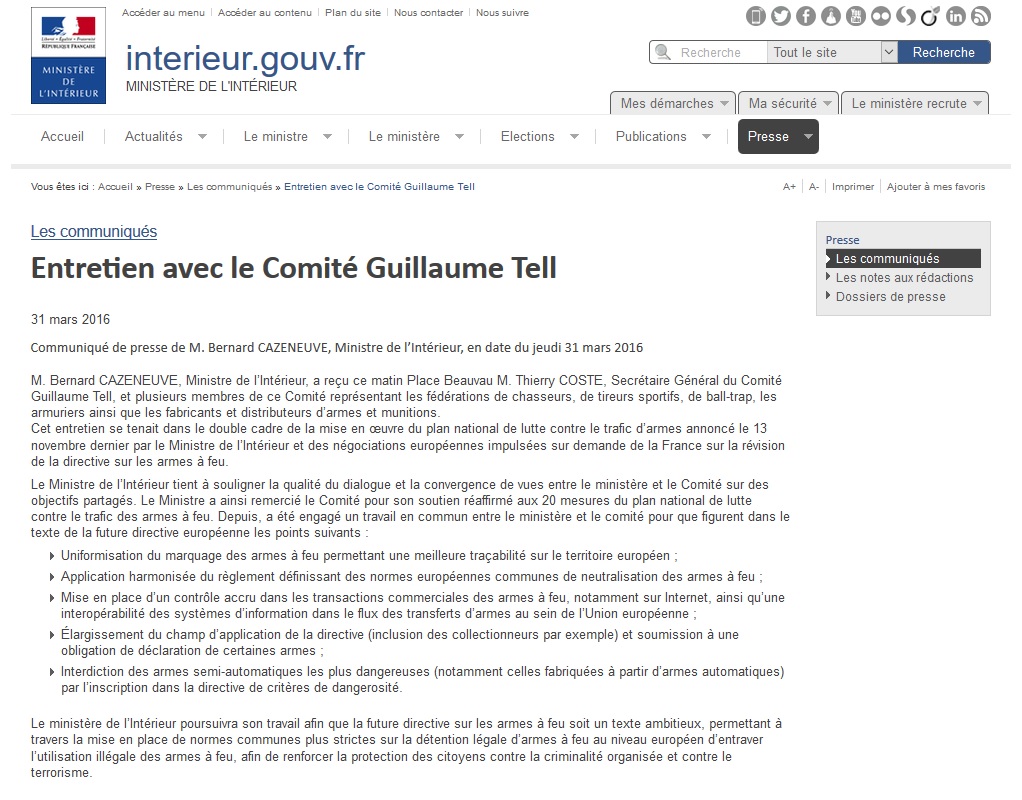 According to the Ministry, the Comité Guillaume Tell would have agreed to work on a platform that includes the “prohibition of certain particularly dangerous semi-automatic firearms, particularly those built after full-automatic guns”. 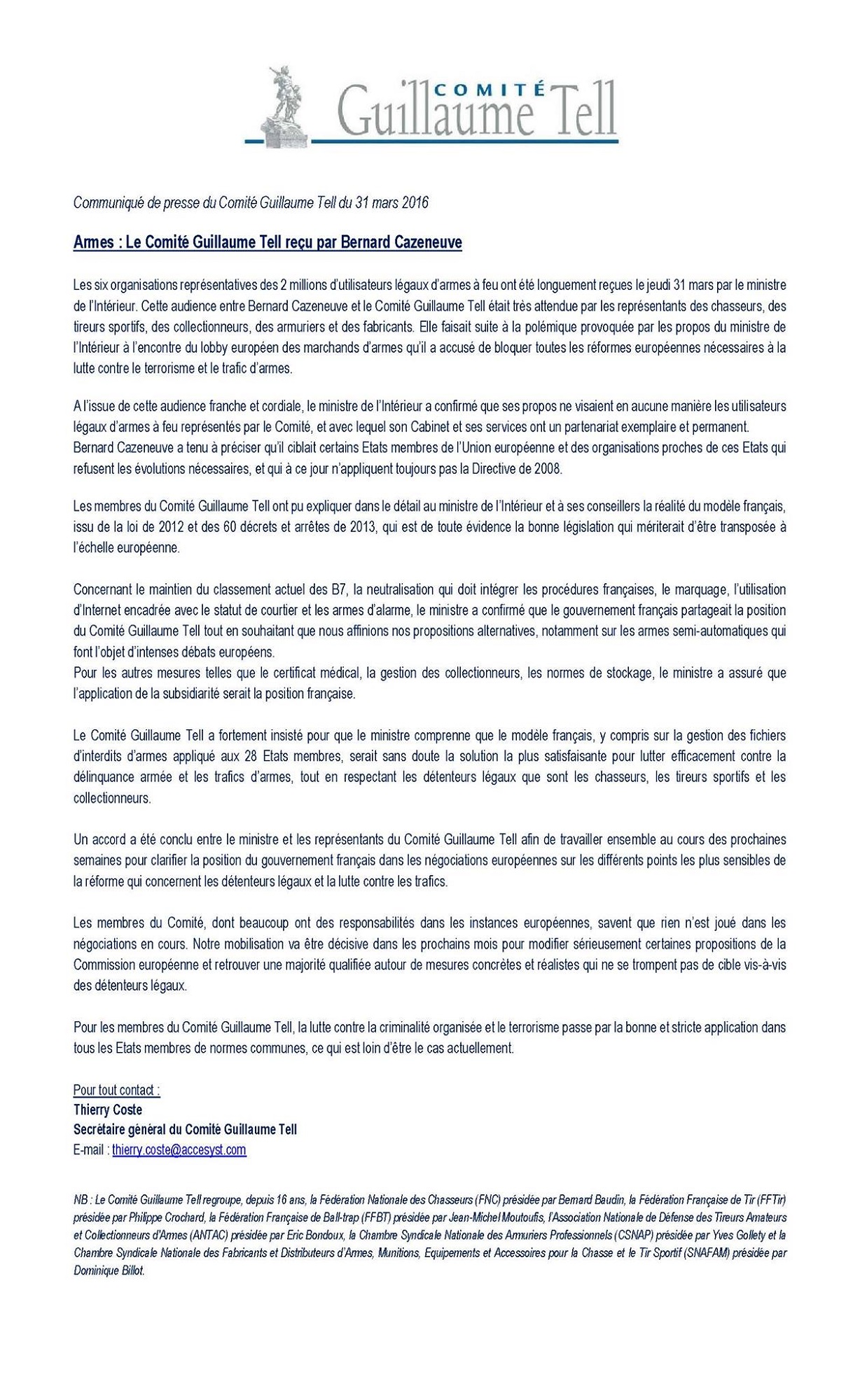 By himself, Mr. Bernard Cazeneuve is applying the same “divide and conquer” tactics that were explored some weeks ago by Alain Alexis − a DG GROWTH official and one of the main spokesmen and supporters of the EU gun ban plans − who tried to turn the French associations against one another.

The French Ministry of Interior is effectively trying to break the internal opposition front by cheating or persuading some associations to “keep quiet” under threats of retaliation or promises of protection in hopes that they will agree to throw everybody else under the bus.

Simply put: those who hoped in a swift and positive conclusion of will have towait and suffer for several more months. The IMCO committee is slated to discuss the matter up until June; the final vote in the committee may very well be postponed from late June to September, while the final decision of the European Parliament as a whole is still “TBA”. 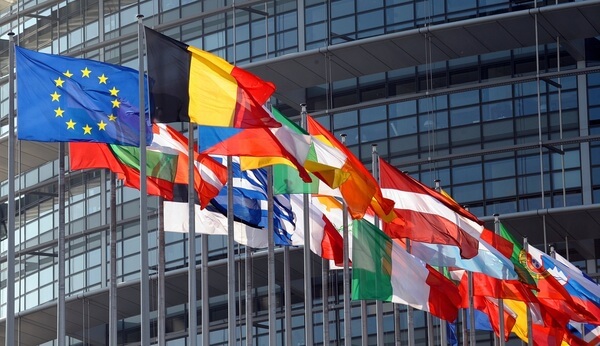