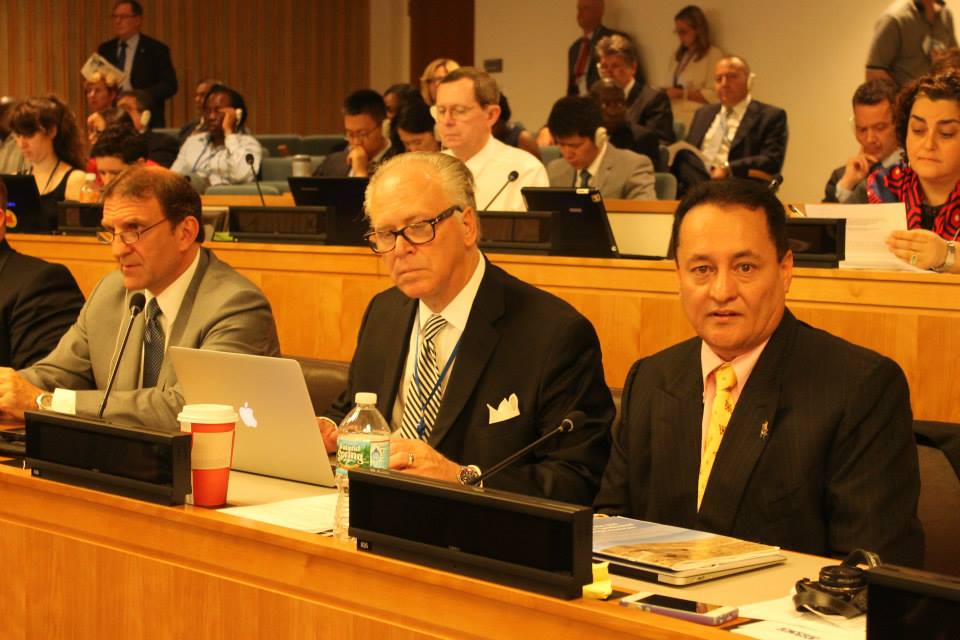 My name is J. Thomas Saldias, the Executive Director of the Coalición Armas Legales Latinoamericanas. We are the first Latin American legal firearms user group ever to speak before the United Nations. While small arms and light weapons have been the subject of UN efforts for almost twenty years, it is only now that the voice of the legal Latin American firearm owners will be heard.

Mr. Chairman, the Coalición Armas Legales Latinoamericanas or CALL, was formed in October 2013 in Lima, Peru. We have about 35 association members from 10 countries representing approximately 5 million legal firearm users.

Even though we are a young organization we have already had some success at the national level. We were able to bring together the stakeholders in Peru under the Coalición por un Perú Libre de Armas Ilegales, to respond to the Peruvian government in their attempt to confiscate legally acquired firearms. However, we have created a working relationship with the agency that regulates firearms. Recently, we were able to introduce a new bill in Congress that would reflect the viewpoint of the final user.

Mr. Chairman the POA has missed opportunities for cooperation with millions of legal owners and users of civilian firearms. In fact, much of the legislation being applied penalizes the legal user instead of prosecuting the illegal trade. The truth is that many of the NGO’s here support civilian disarmament and seek to punish legal firearms users. Mr. Chairman, we are here because we are fighting to keep our firearms legal.

Mr. Chairman, with CALL being located in Lima, it is our hope that we can work directly with UN Regional Center for Peace, Disarmament and Development in Latin America and the Caribbean (UNLIREC) also located in Lima. Civil society participation has been mentioned by numerous speakers as desirable and we look forwards to helping the UN and UNLIREC achieve that goal in Latin America. Here you have the original in english and spanish>>