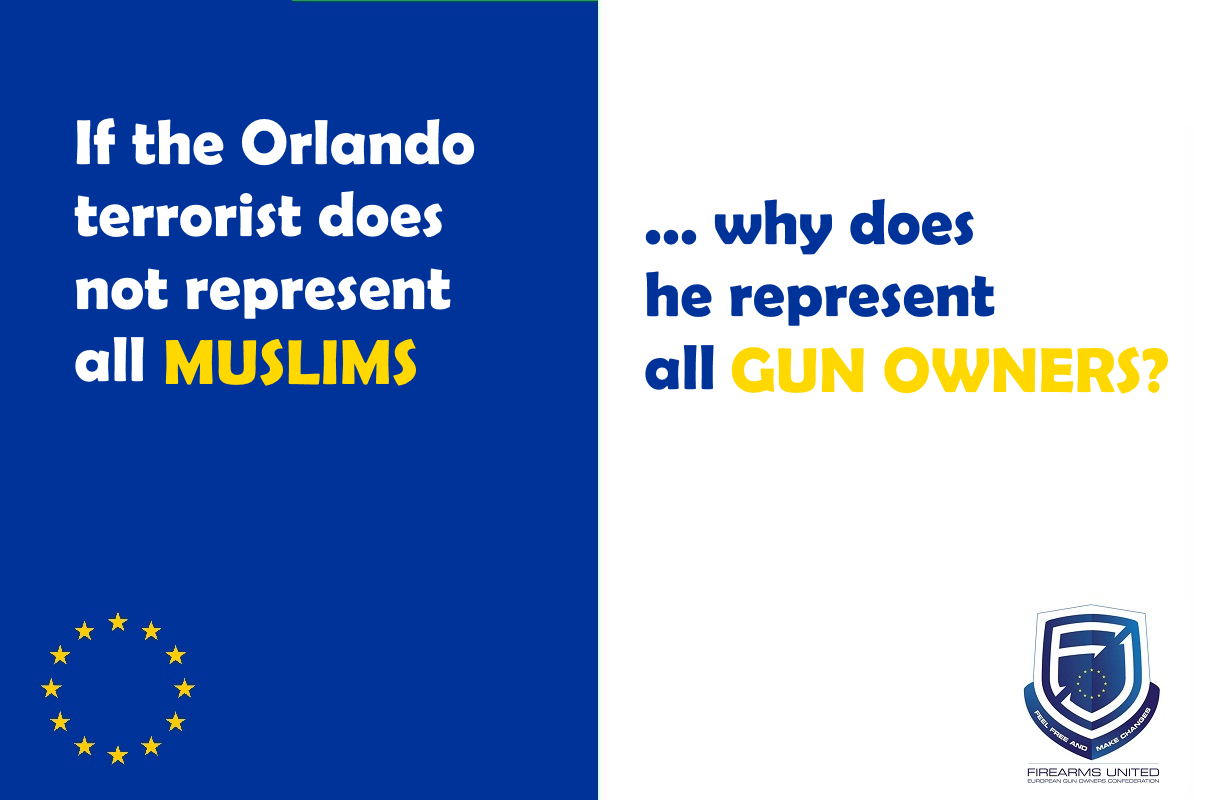 “The Pink Pistols gives condolences to all family and friends of those killed and injured at Pulse,” began Patton. “This is exactly the kind of heinous act that justifies our existence. At such a time of tragedy, let us not reach for the low-hanging fruit of blaming the killer’s guns. Let us stay focused on the fact that someone hated gay people so much they were ready to kill or injure so many. A human being did this. The human being’s tools are unimportant when compared to the bleakness of that person’s soul. I say again, GUNS did not do this. A human being did this, a dead human being. Our job now is not to demonize the man’s tools, but to condemn his acts and work to prevent such acts in the future.”

We also support the position of our governments and media
not to blame the muslims and demand the same for gun owners.

And we want to remember our followers and supportes not to mention his name, not to share his face and not to tell his story. Remember the hero, not the zero.