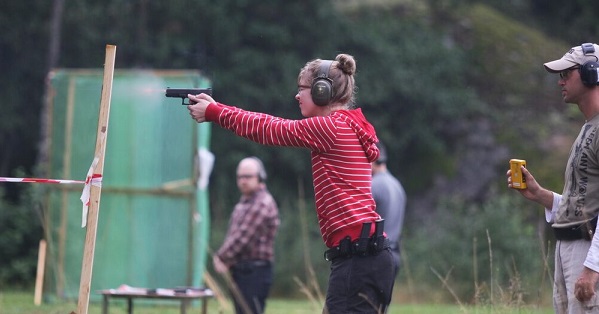 On Thursday, a spokesperson for FIREARMS UNITED told this website, “The current firearms directive is an effective tool for security and does not unnecessarily obstruct legal activity. EU member states that faithfully transposed the directive into their national laws and applied proper enforcement enjoy positive results. What is necessary is further collaboration between member states to learn from those that successfully applied the directive effectively and to implemented measures that harmonise the procedures for better control.”

She expressed “deep grief” for the victims of the Paris attack and other victims of terrorism and crime world-wide and “fully supports any effective measures that may help to prevent such heinous crimes in the future.”

“For this reason we support the recent introduction of stringent deactivation regulations as well as sensible control of blank firing guns. Moreover we also support action against those member states that do not transpose such regulations into national law or do not enforce them properly.” The spokesperson went on, “However, we strongly oppose the proposed drastic measures which in the absence of a serious impact assessment only serve to punish law-abiding citizens and negatively affect their livelihood, destroy legally-held possessions including rare, historical and artistic artefacts and even pose a threat to national defence and individual security.

“Moreover we are angered by the fact that it is obvious to anyone with a modicum of logic that such measures would be futile as they would not cause the slightest dent in the activity of illicit trafficking which supplies illegal firearms to criminals and terrorists.”