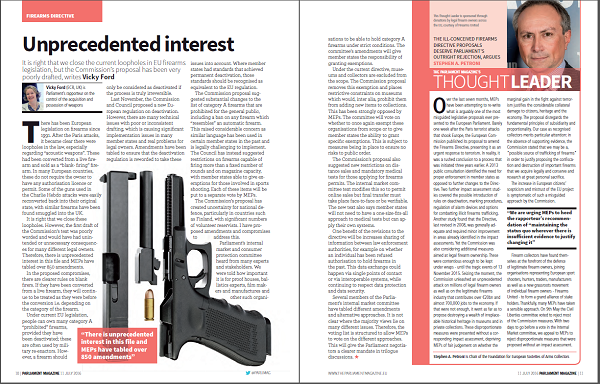 When we had been asked to “buy” a printed opinion by the Parliament Magazine we first thought this could be wasted money. But when we heard that Vicky Ford will write an article, too – we agreed to spend money from our Fighting Fund for this advertising. And we choose Stephen to speak for us. Stephen is chairman of FESAC, the European umbrella of 300.000 authorised collectors. We are very pleased that PM placed us directly to Vicky’s article. We are urging MEPs to heed the rapporteur’s recommendation of “maintaining the status quo wherever there is insufficient evidence to justify changing it.”