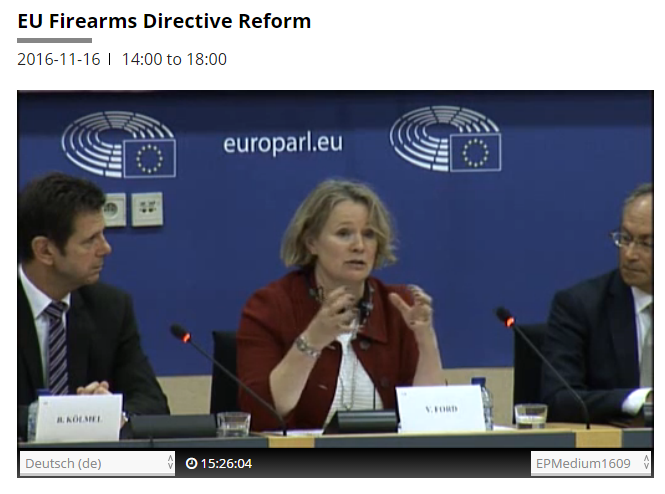 Tyvärr är denna artikel enbart tillgänglig på Amerikansk Engelska, Tyska, Italienska, Franska, Polska och český. For the sake of viewer convenience, the content is shown below in this site default language. You may click one of the links to switch the site language to another available language.

Removing the restriction on items that ”resemble” automatic firearms, as criteria based on cosmetic appearance is legally unworkable;

The issue of poorly deactivated ”salute and acoustic weapons” which were sold without authorisation, but then reconverted and used in certain recent terror attacks has been addressed;

There will also be a full debate in the chamber of the Parliament on the morning of 14 March, where MEPs from across Parliament will be able to speak on the matter.   MEPs may table amendments to the negotiated position but if these are passed it does risk destabilising the entire package as the proposal is then returned for a ”second reading”.  At this stage the Parliament is not so involved in the detailed negotiation and there is a risk that the Council reverts to its much more rigid approach.

In order to protect the rights of legal owners it is important to keep engaging with national governments as soon as possible and especially during the ”transposition” process when governments update their own national laws.  Individual Member States have the power and the flexibility to grant their own authorisations and exemptions for the many types of genuine legal owners.  It is important that citizens hold their governments to account, and ensure that those powers are applied to the fullest extent.